KwaZulu-Natal is found on the south coast of Natal South Africa a tropical paradise with excellent game viewing, unspoilt wild beauty, sugary sand and palm fringed beaches, abundant wetlands, mountains, botanical gardens and …the list goes on and on 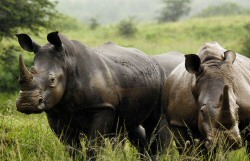 The South Coast of the Kwa Zulu Natal province offers a subtropical garden paradise & some of the finest golf circuits in South Africa, but the region’s true beauty lies in its golden beaches, coastal dune forests and long summer days. Emphasis is on outdoor attractions with big game fishing and scuba diving at Aliwal Shoal, one of the top ten diving sites in the world.

Game viewing on Kwa Zulu Natal province is really good with more than 10 private reserves, each with unique wildlife traits with habitats like sand forests, savannah, bushes and wetlands. Some of the smaller private game reserves include Ital game reserve in the north, Mkuze in the north east, Royal Natal national park in the Drakensburg mountains, Ukhalamba, and Mismar Dam reserve in the west and Craigie Burn Nature reserve, Umgeni Valley Nature reserve, Albert Falls Nature reserve and many others.

Hluhluwe- Imfolozi park is one of the biggest game reserve in South Africa and is particularly dedicated to the conservation of endangered white rhinos in south Africa with less than 30 of them in the world. The 9600 ha park is also home to several other mammals like the Big five in addition to giraffes, zebras, vervet monkeys, antelopes, waterbucks, cheetahs, hyenas and many others. Phinda Game reserve is privately owned under Isimangaliso wetlands around St Lucia Lake. This area is a protected UNESCO world heritage site with sand dunes making the boundary between the coast and the lake.

Over 600 birds are recorded in Kwa Zulu Natal province alone making it a number destination for birders from all over the world. Some of the birds seen here include vultures, martial and fish eagles, Buzzards, rollers, bee eaters, hornbill, ibis, pelicans, seagulls and many others. 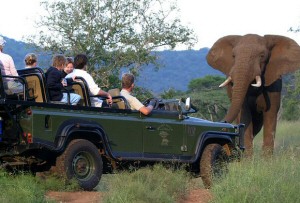 A microlight helicopter trip will give you a bird’s view over the serene landscape, beaches, the lake, forested areas and other beautiful views.

Big game fishing is a favorite activity on the Natal coast off the coast of St. Lucia and Kosia Bay. Other water sports include Boating, surfing, dolphin watching and jet skiing among others. The tide wave is high for the coast making it good for several water sporting activities. Diving is good in many marine parks like Maputaland Marine reserve off the Mozambique Channel where you’ll find leatherback sea turtles. Sodwana Bay is a rather prominent site for scuba diving drawing more 30,000 experienced divers every year.

Visitors travelling north will be left breathless by the unspoilt beauty of the rugged beaches and lush, undulating hills of Northern KwaZulu-Natal. The coastline is known as the Dolphin Coast, because of the vast number of dolphins seen frolicking and surfing in the azure waters of the warm Indian Ocean.

Hiking is another favorite activity from the spectacular trails within the Drakensburg, on the rugged beach coast and within the different forest reserves. Trails through the Drankensburg will take you to the scenic deep valleys, to lush forested slopes, to glistening waterfalls and with spectacular scenery below. Hiking in the mountains requires some serious caution given its changing weather. 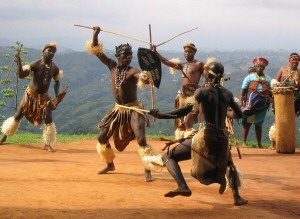 Kwa Zulu is the kingdom of the renowned Zulu people who are praised for their strong cultural traits in South Africa and in South African history since the time of the imperialists. Find some time off to visit one of the Zulu homestead, learn their cultures, songs and dance and their unique clothing.

Eventually the subtropical bush gives way to the rolling green hills of the KwaZulu-Natal Midlands. Boasting cooler evenings and less humid days lavender, thyme, sage and other Mediterranean herbs flourish. Perhaps best known of the attractions is the “Midlands Meander”, a charming collection of plant nurseries, art and crafts shops and stalls, restaurants and tea gardens – all tied together by a network of winding roads. Durban residents often escape to this area for a weekend in the country.

You don’t have to worry about where to stay for overnights while in Kwa Zulu Natal because you have several options like camping sites, backpacking, game lodges and many other options. Some of the luxury safari accommodation include Wendy’s country lodge near elephant coast and St Lucia with swimming pool, stunning gardens, relaxed rooms and excellent dining

Drakensburg holiday resorts are doted everywhere in different towns. Some of these include the luxury Leopard mountain game lodge, Qambathi Mountain lodge and many others