Things to do in Tunisia

Tunisia is a beautiful country found in northern Africa and it s bordered by the arid Sahara desert as well as the Mediterranean Sea. This country is among the destinations you can think about when it comes to where to have a holiday in Africa. It is home to a number of Islamic architecture and remarkable roman Ruins, in addition to a variety of lavish properties where you can surely enjoy your stay. The food is exquisite and the local people are very hospitable. 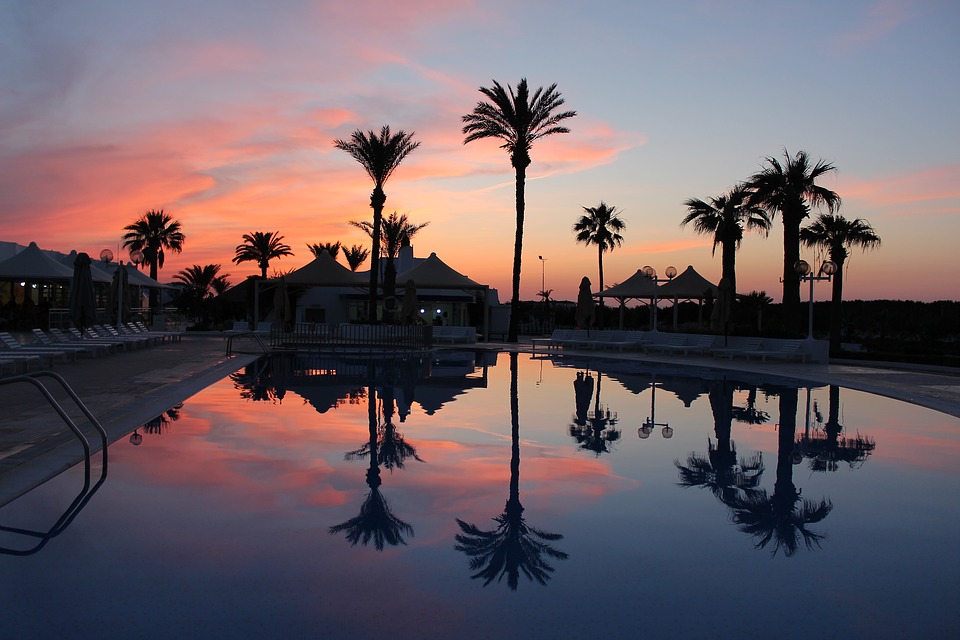 According to history Kairouan was founded back in 670 and it’s a great reflection of the influence of Islam within maghreb and it is considered as the forth holiest city in the entire region. It is crowded with several remarkable Islamic architectures including the great mosque that was built in the 9th century that has beautiful columns and magnificent minarets. Back in the 19th century this city was the center of Islamic scholars and it had become a very powerful trading center during the leadership of Aghlabid. During your visit you will get an opportunity to check out all the various secret landmarks, visit the Medina where you will see winding pathways that are lined with colorful houses.

Enjoy the warm fresh blowing air as you soar above the beautiful landscapes of the sand dune. a balloon hot air balloon Safari is one of the best ways to appreciate the unique landscape found in Tunisia, and these balloon rides are normally conducted in Tunis, Sousse and Hammamet and even organized within the Sahara.

The ruins of Dougga are listed as a UNESCO world heritage site and are among some of the well-preserved long ago ruins across northern Africa. this site is assumed according to history to have been established back in the 6th century despite the fact that majority of the monuments current surviving were constructed during the Roman era. The site is seated on the hilltop with many of its temples and monument buildings standing high above the surrounding, a position that gives it the intuition of being one of the most striking tourist attractions in Tunisia

Tunisia is one of the few African countries where you will be able to enjoy a camel rides. The rides on camel back vary from the short rides that take just a few hours to the longer rides which may take several days or even a week during which you will set out with all you needed supplies and explore part of the country.

El-Jem is found within Mahdia governorate and it is home to a number of the most remarkable remains belonging to the Romans on the African continent. This UNESCO world heritage site was constructed in the third century with a huge amphitheater like structural design that has a capacity of sitting up to 35,000 people towering above the entire surrounding. A large number of visitors that have been to this site considered the El-Jem to be the most important historical highlight in the country and in fact is the largest amphitheater across northern Africa. The El-Jem is the perfect evidence of the mighty power of the Roman rule in Tunisia

For those of you who aren’t interested in exploring the arid desert land, Tunisia also offers amazing adventures for divers. All you need is your diving gear, and then headed out to sea; the diving adventures will give you an opportunity to explore the beautiful coral system well hidden underwater and the various wildlife species and the old shipwrecks

This is among the most significant museums found in Tunisia and unfortunately in 2015 in the month of March it was a target by a vicious tourist attack on the country. Fortunately it was re-opened just a couple of days after and to date visitors will get an opportunity to see the unique collection of artifacts, mosaics and so much more. The museum is situated in the outskirts of Le Bardo and was first opened in on 7th May 1888. It is a jewel of the unique heritage of Tunisia.

The Matmata caves are among the few settlements found in the Sahara desert and the structures in this desert village where all created through digging huge pits in the ground and curved different rooms to form their homes. The different pits are connected by passageways that look like trenches and the Berber speaking people are the main occupants of this place. According to a population census conducted in 2004 it was estimated that about 2115 people live in these caves. This very old site is elegant and beautiful in its own way and often visited with several hours of exploration. The matamata caves which were dug more than 1,000 years ago became prominent when they featured in the first Star wars movie and today they receive very large numbers of visitors daily. Hotel Sidi Driss is the major attraction here and holidaymakers who would wish to spend an overnight here, arrangements can be made. This is a very good place to visit while on Holiday in Tunisia.

The ancient town of Bulla Regia was formerly home to the Romans, Berber and Punic. Today this archaeological site houses some of the major Roman sites found in Tunisia making it a remarkable site to observe ruins. The Romans used a very unique style of architecture that involved building underground housing to enable them escape from the extreme heat. With time this unique style of architecture saved the city from being eroded and today tourists will get an opportunity to explore the various houses including the Roman villas which today stand in ruins.

This historic train that previously belonged to the Bey of Tunis is currently being used by holidaymakers in the country. The forty (40) minutes ride begins from Metlaoui through the breathtaking Selja Gorges to Redeyef. This train which was constructed by the French colonists during the 1800s offers tourists an opportunity to gaze out of the train’s windows and marvel at the various rock formations and beautiful landscape as it runs across the countryside.

One of the best places for snorkeling as well as diving adventures in Tunisia is Tabarka. This laid-back seaside resort is home to several old fashioned architecture and a much-loved stop over for many holidaymakers in the country. Snorkelers will surely enjoy the underwater world found on the Galite islands where they will marvel at the beautiful reefs and underwater wildlife.

The more adventurous Holidaymakers who may not find the thrill from hot air ballooning or camel riding are recommended to go windsurfing. The amazing coastline of Tunisia offers tourists an opportunity to enjoy the powerful waves of the ocean and have the wind blow through their hair. This is one of the most fascinating water adventures you can enjoy in Tunisia.

For lovers of Nature and bird watching Lake Ichkeul is the best recommended place to visit when in Tunisia. You will enjoy views of different bird species especially the migrant species that come in from December to March in thousands such as the strokes, flamingos and egrets.

Cap Bon Peninsula is a place in Tunisia where you will find everything to do on your holiday in Tunisia. There are very beautiful resorts with good amenities and great services especially in Nabuel where people interested in exploring the sea and soaking in the African sun. A visit to Kelibia’s Fort will give you an opportunity to learn about the local culture and going to Ghar el-Khabir will enable you to see the very old Roman quarry.

The capital Tunis has over the past centuries been influenced by early colonialists that include French, Arabic and Ottoman. This city offers you an opportunity to see both the ancient and new Tunisia. Within its medina are good shades in which old local men normally sit and play backgammon while puff on shisha. The modern town which has avenues constructed in the French style has a number of fine restaurants and cafes where you can see a number of locals and international guests.

Below we have ac compiled a number of things that you should know before traveling to Tunisia. This list has been created from the frequently asked questions b most travelers going to Tunisia.

Do I need a Visa to go to Tunisia?

Persons of other nationalities besides the above listed will have to apply for their Visas at the Tunisian Embassy in their home country prior to their travel.

What is the official language for Tunisia?

Arabic is the Official language used un Tunisia and in fact street signs and billboards are mainly written in Arabic as well as all important documents. Nonetheless, there are two (2) other commonly used languages in the country and these are French and Tunisian dialet. French and Arabic are commonly used in tourism and local trade. French is taught in schools and approximately sixty percent (60%) of the country’s population is French literate.

Is alcohol sold in Tunisia?

Tunisia is mainly a Muslim country and according to the Islamic law, alcohol consumption is forbidden. However a number of supermarkets especially within the large cities sell alcohol in addition to the few upscale restaurants that serve alcohol.  On Friday which is the holy day in Islam, most of these facilities do not sell alcohol.

What vaccines do I need when going to Tunisia?

The MMR vaccine (for Measles, mumps and rubella), tetanus, Hepatitis A, Hepatitis B, typhoid and the Rabies (especially if you will be in contact with animals during your stay) are recommended for all travelers visiting Tunisia. No proof of the yellow fever vaccine is need in Tunisia. Malaria is not prevalent however; you are advised to use insect repellent and wear long sleeved clothes in the evenings to protect against insect bites.

Do I need insurance when traveling to Tunisia?

It is highly recommended that when visiting Tunisia you get comprehensive travel insurance. It’s worth mentioning that the public health-system as well as private hospitals (polyclinics) in the country normally offer very good service and care especially in the larger cities. These may require you to pay for your treatment in cash and then your insurance will reimburse you later.

Is it safe to drink tap water in Tunisia?

Although tap water in Tunisia is considered to be safe for consumption since it has been chlorinated especially within the urban parts of the country, you should keep in mind that this water has caused mild abdominal upsets to a number of foreign visitors into the country. For that reason, you are highly recommended to only consume bottled water which can easily be obtained.

What is the official currency used in Tunisia?

Are credit and Debit cards used in Tunisia?

Yes debit and credit cards on the Visa network are generally accepted for payments in majority of the travel agencies, car hire companies, and tourist-related stores as well as at luxury and mid-range hotels. MasterCard is also accepted although there may be a few challenges especially when it comes to authorization. On the other hand, Diners Club and American express are accepted in a few places.

The best time to go to Tunisia is during the spring time that starts in March through April, May and June as well as in September and October when the country is experiencing the autumn.The summers are generally hot and pretty dry and this is from July up to August, while the temperatures are around 32°C and more. for that reason, in case you are interested in seeing the Saharan dunes, visit the country in autumn when the temperatures drop to a bearable 25°C. During the spring it is a good time to visit, as well. It’s not only a pleasant warm 21°C, however the wildflowers are all over the terrain. The winters are rather moderate, with temperatures dropping to about17°C. During this time you will experience some rain, however things it becomes drier as you move further south.